For newcomers to Barbara’s story, my biography is a good place to start.

In May 2021, after a too-long hiatus, I began posting more of Barbara’s stories and other writings in roughly chronological order (she left most of them undated). For the latest posts, please refer to this page. 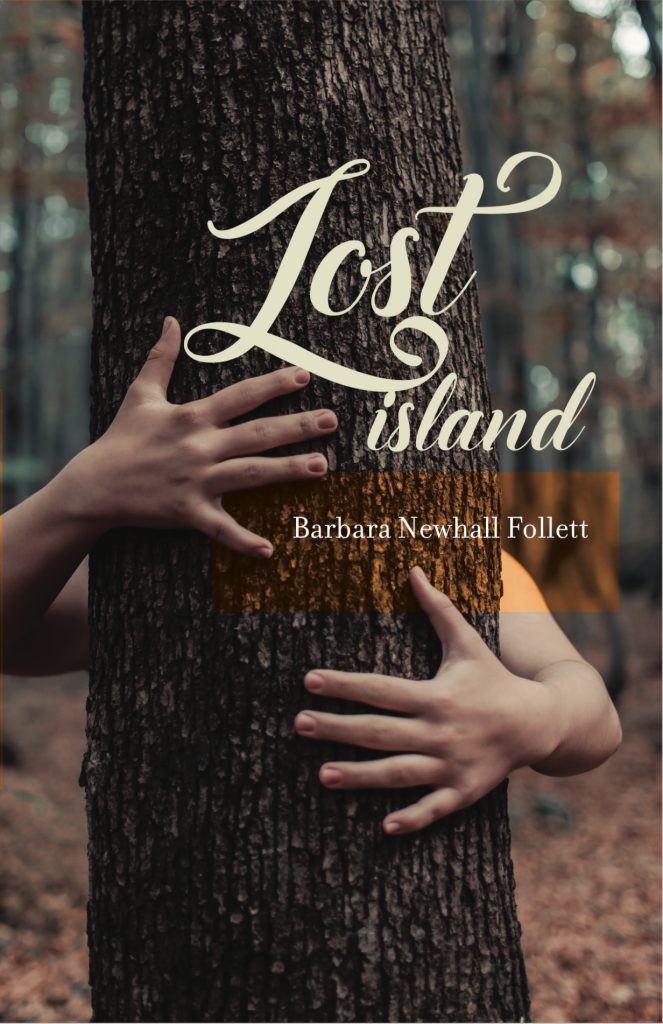 Lost Island (plus three stories and an afterword). Farksolia 2020

I’m pleased to announce the publication of my second book for Barbara, who was my mother’s half-sister—my “half-aunt.” Lost Island (plus three stories and an afterword) is out now on Farksolia in hardcover w/dust jacket, paperback, and ebook formats.

It’s on Amazon. But it’s not only on the Amazon network: it’s available globally and I encourage libraries and brick & mortar shops to order copies.

Some of Barbara’s best writing is contained within, not only her brilliant and timely Lost Island (with its main characters based on the author’s life and that of a sailor she met at sea in 1929, Edward Anderson) but three autobiographical stories:

Rocks, a hair-raising rope climb through Katahdin’s Chimney and solo walk on a windswept Knife-Edge;

Travels Without a Donkey, Barbara’s “pride and joy”—Barbara and Nickerson Rogers walking and canoeing from Katahdin to the Maine border in 1932, semi-following the not-yet-cut Appalachian Trail; and

Walking the Mallorcan Coast, a log of the couple’s backpacking on the Spanish island in 1933.

From  my perspective, Lost Island is as relevant today as it was in the 1930s. To put it crudely, Barbara’s lost island is a metaphor for our lost world—one that’s being destroyed by homo sapiens. It’s about preserving beauty within oneself despite external forces that don’t care a whit about beauty; about a couple estranged from the modern world that’s speeding pell mell toward an ever-increasing profit margin, whatever the cost to the human spirit.

My Lost Island afterword includes much information that’s come to light since A Life in Letters, including the fate of Anderson and the discovery in 1948 of a young woman’s remains in the woods near Campton, New Hampshire — under a mile from the farmhouse she and Nickerson Rogers had begun renting in the summer of 1938. The remains had been there about ten years — and matched Barbara’s age and height.

My first book was Barbara Newhall Follett: A Life in Letters (Farksolia, 2015).  I’ve been immersed in Barbara’s life and letters since I spent several days with her archive at Columbia University in January and March 2012.

Thank you for your interest in Barbara and I hope you enjoy the website.