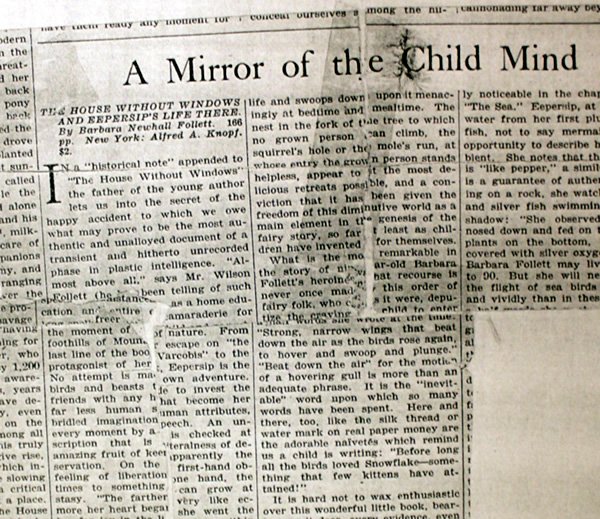 In a “historical note” appended to “The House Without Windows” the father of the young author lets us into the secret of the happy accident to which we owe what may prove to be the most authentic and unalloyed document of a transient and hitherto unrecorded phase in plastic intelligence. “Almost above all,” says Mr. Wilson Follett (he has been telling of such special circumstances as a home education between child and parents in the great out of doors), “having used a typewriter as a plaything for a time she cannot remember, who was able to rattle off an easy 1,200 words an hour, without any awareness of the physical process, years before penmanship could have developed half the proficiency, even with intense concentration on the physical process alone.” Among all the implications to which this truly remarkable little book will give rise, the hint that a drudgery which invention has outdated may be slowing down mental processes at a critical mental age deserves at least a place.… Read more 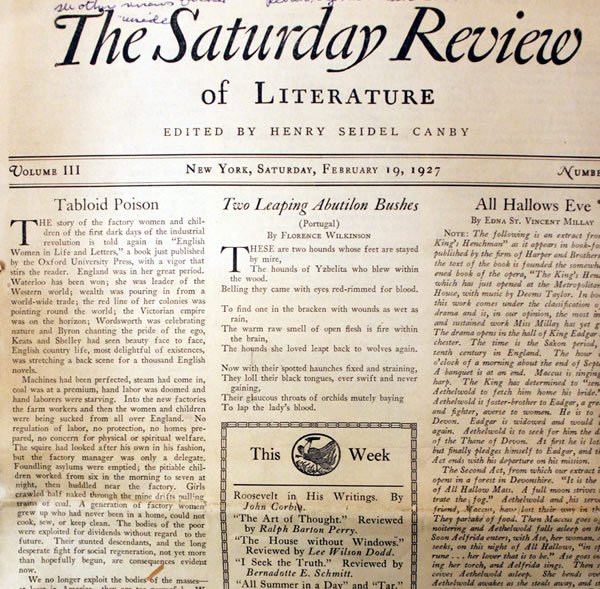 This strange, delightful, and lovely book was written by a little girl as a present for her mother. When Barbara Follett has a birthday, she always gives her mother a present. Unhappily, one cannot commend this gentle custom to other children, since it loses all charm if not originally thought of by the giver. Barbara thought of it and adopted it; and when she was nine, she decided that on her tenth birthday she would make her mother a special present. [In fact, Barbara finished her story a few days after her ninth birthday, not her tenth.] So she set to work on her own typewriter and wrote down the story of Eepersip’s life in the House Without Windows. Fire destroyed the first manuscript in a jealous house with windows which, as I am convinced, burned itself to the ground out of sheer malice. That, I submit, would have settled the matter for most children–and for most adult authors, too. But Barbara (as Carlyle did, after John Stuart Mill’s famous housemaid incinerated the first draft of “The French Revolution”) set to work again.… Read more 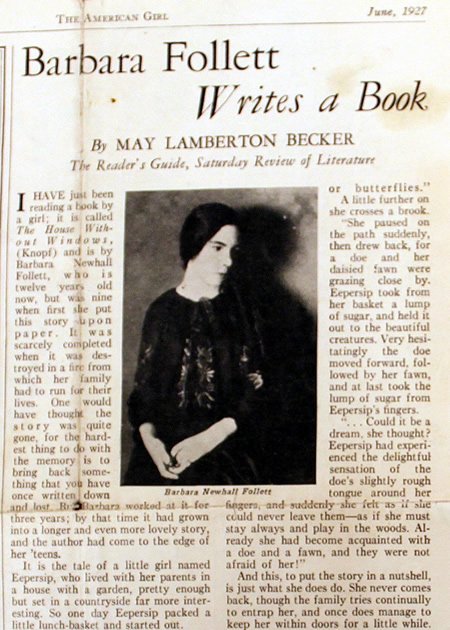