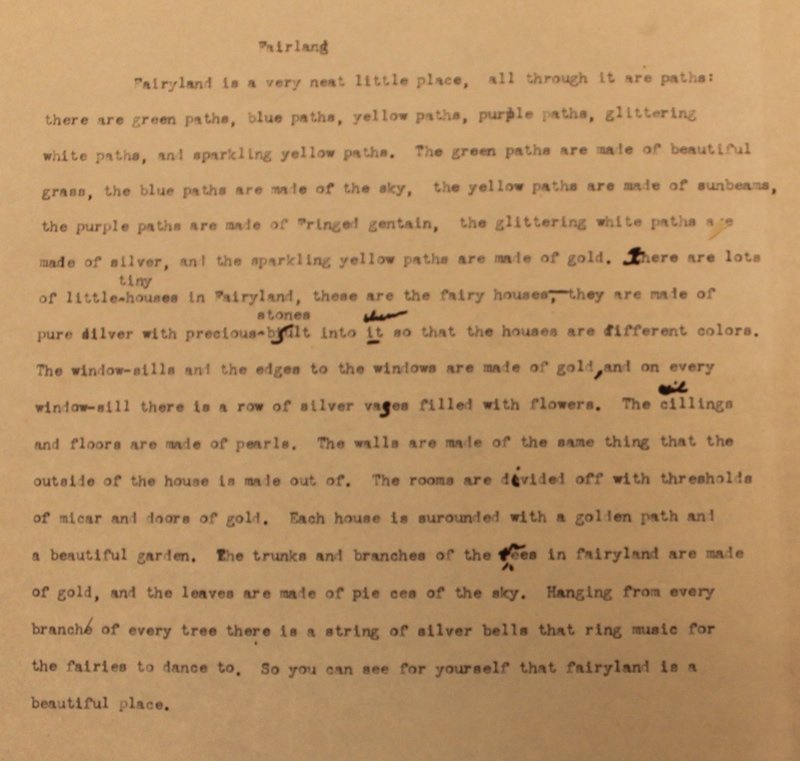 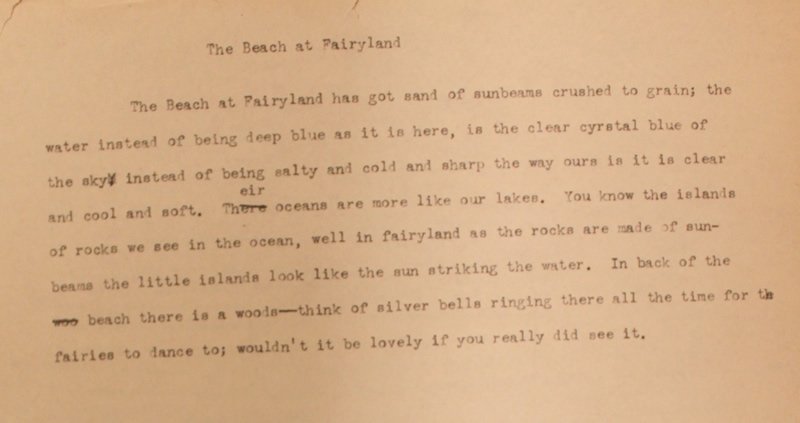 The Beach at Fairyland

The Beach at Fairyland has got sand of sunbeams crushed to grain; the water instead of being deep blue as it is here, is the clear crystal blue of the sky; instead of being salty and cold and sharp the way ours is it is clear and cool and soft. Their oceans are more like our lakes. You know the islands of rocks we see in the ocean, well in fairyland as the rocks are made of sunbeams the little islands look like the sun striking the water. In back of the beach there is a woods—think of silver bells ringing there all the time for the fairies to dance to; wouldn’t it be lovely if you really did see it. 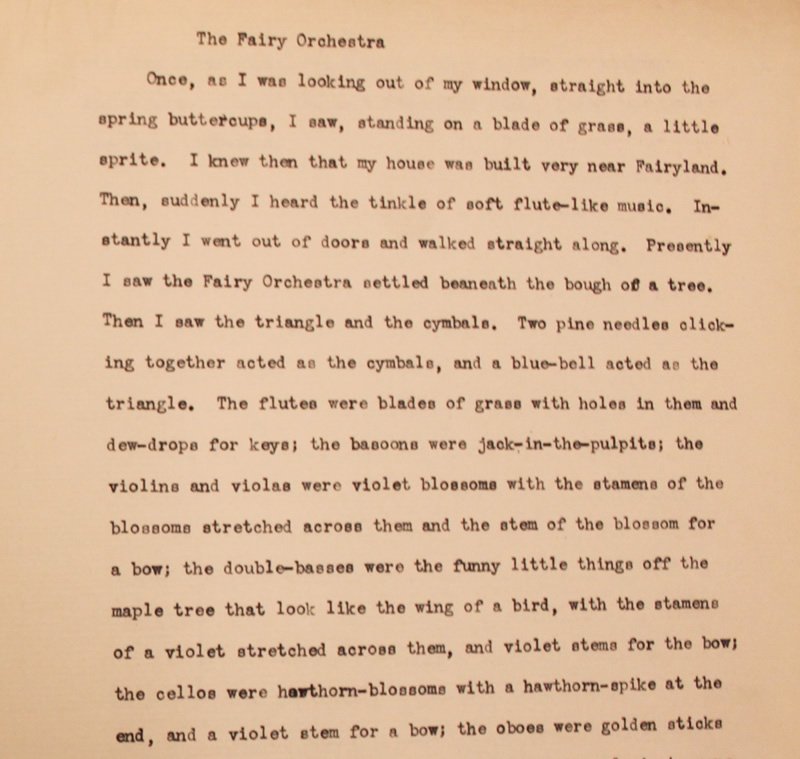 Once, as I was looking out of my window, straight into the spring buttercups, I saw, standing on a blade of grass, a little sprite. I knew then that my house was built very near Fairyland. Then, suddenly I heard the tinkle of soft flute-like music. Instantly I went out of doors and walked straight along. Presently I saw the Fairy Orchestra settled beneath the bough of a tree. Then I saw the triangle and the cymbals. Two pine needles clicking together acted as the cymbals, and a blue-bell acted as the triangle. The flutes were blades of grass with holes in them and dew-drops for keys; the bassoons were jack-in-the-pulpits; the violins and violas were violet blossoms with the stamens of the blossoms stretched across them and the stem of the blossom for a bow; the double-basses were the funny little things off the maple tree that look like the wings of a bird, with the stamens of a violet stretched across them, and violet stems for the bow; the cellos were hawthorn-blossoms with a hawthorn-spike at the end, and a violet stem for a bow; the oboes were golden sticks rigged up with keys and things of dew-drops; the clarinets were the twigs of apple-trees with blossoms all along the twigs; the trombones were the leaves of a tree with the stem of the leaf turned in, and stuck into the leaf; the trumpets were lily-of-the-valley; the horns were large magnolia blossoms; and the tuba was a golden stick curled up.

Standing in the corner was a little elf, handing out the programs. They were as follows:

Piroon—Concerto from Under the Blossom

Lipsirage—Symphony from Flower of the Spring.

I took one and went to a seat. The Piroon was sweet, the Reans was not so good, but the Lipsirage was exquisite. After it was all over I went home, but I knew I lived in part of Fairyland, and whenever I heard the soft flute-like music, I went and heard the Fairy Orchestra.