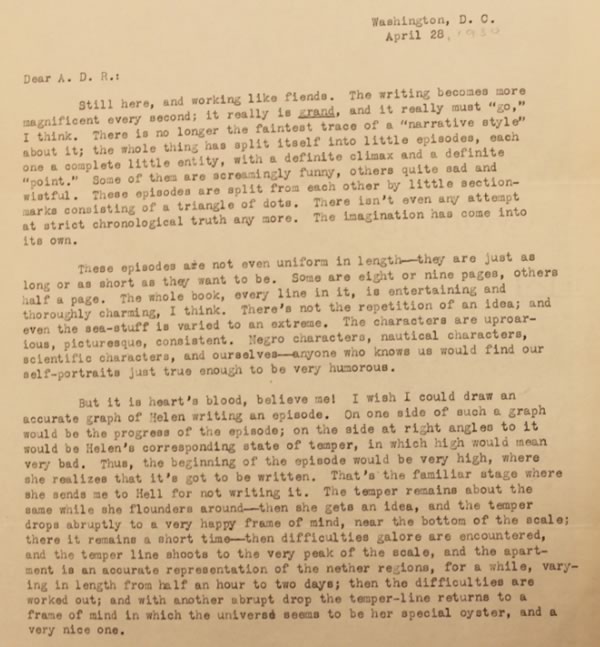 Still here, and working like fiends. The writing becomes more magnificent every second; it really is grand, and it really must “go,” I think. There is no longer the faintest trace of a “narrative style” about it; the whole thing has split itself into little episodes, each one a complete little entity, with a definite climax and a definite “point.” Some of them are screamingly funny, others quite sad and wistful. These episodes are split from each other by little section-marks consisting of a triangle of dots. There isn’t even any attempt at strict chronological truth any more.… Read more