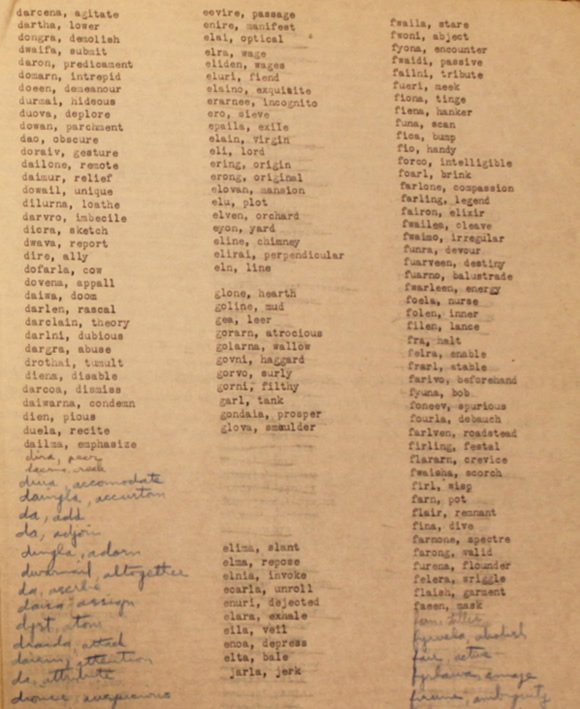 Farksolia is a separate planet from the earth, and much more interesting. The planet is about twice the size of the earth, and the Farksolians are about twice as highly developed as we are. Or, at least, they were. The Farksolians all agreed, in almost everything. They were all vegetarians, and above anything else they all agreed to live in one big city so that the surrounding landscape would not be spoilt by houses. So that they did, all except a few of the poorer folks. Sheheritzade is the name of the city where they lived. There were eleven queens over Farksolia and all of them were great people. But those queens are grouped in two classes, the queens before Atee, and the queens after Atee. These two groups were of entirely different dispositions. The queens before Atee had their minds always on the goodness of the people, rules that would make them better, and though they all loved ruling and making rules, they all loved beauty also. They could never quite make the people good enough or kind enough and always they tried to make the people as beautiful as the woodlands around the forest, and tried to make the people love these woodlands, and also they tried to make the people love the sea and swim and bathe in it, and rejoice that they were alive. All this the queens before Atee tried to make the people do and be.

Then after Atee all was changed. This was during the Farksolian war and so of course all was changed. Queens Lazade, Herazade, Chrysothemis and Perizade were always urging the warriors on. Such brave men, and such handsome men! They fought hard with the friends of Queen Atee long after Queen Atee had herself passed. But I cannot go on talking about wars and warriors without explaining what it was all about. Queen Atee, the seventh, was chosen because of her beauty, but when she got to ruling the people all decided she was too fierce, turned on the people who had chosen her, and Queen Atee, herself and friends, and she had many friends. But after the war had passed, the people had overcome Atee, they found themselves extinguished greatly. In fact there were only two families living, with one queen, Perizade, the last. Then Perizade died, and that ended that. The people were sorry that they had gone at Queen Atee at all, and had a hard time struggling along. One family now has a little boy about six years old, and the other family a little girl, about six months. I hope and I want a lot of people to hope with me that the two children may marry and breed the race again. Here is the order of the eleven great queens: Bruwanderine, Lacee, Ibirio, Flitterveen, Rooeetu, Liassa, Atee, Lazade, Herazade, Chrysothemis, Perizade.

During the reign of Bruwanderine the people were a little lower in life than we are now, but they developed much faster than we did and during the reign of Liassa, the sixth, they looked back on themselves as savages. Then they were quite a little higher than we are now. They loved the sea (I will tell about the sea, presently) and they had wonderfully developed body organs. The most marvellous thing about the organs is the way the nose is developed. They can hold the breath for ten minutes, and of course they are wonderful swimmers and divers. Sometimes they can breathe slightly under water, and the wonderful nostrils can deliver to the lungs the small amount of air under water, only it is very rarely that a Farksolian is found with a nose quite so highly developed. If one of them breathed in about two lungfuls of salt water the body would sink. Now if the body was quickly pulled out of the water the Farksolian would be unconscious for about half an hour. But if the body was left in the water the Farksolian would drown. They are built much more strongly than we are and are prepared for much more serious work during their long life. They marry much younger than we ought to, sometimes as young as twelve or thirteen, but more commonly sixteen or seventeen. If we married so young we probably would be very weak and unable to take care of  a family. But the Farksolians marrying at sixteen or seventeen are much better wives or husbands than we are if we marry at twenty-nine or thirty. If they marry at about twelve or thirteen, they are as good as we are marrying at twenty.

Now about the sea mentioned above. It is about two thousand miles from Sheheritzade, and the sea itself is about twice the size of the Pacific Ocean. It is a wonderful sea, oh a wonderful sea, and when the sun dances on it it shows up wonderful colours, blues and greens and golds. The sand on the beaches is fine and very white indeed. This sand will show off anything that is swept up on it by the waves, and makes a beautiful background for things that look trashy on our yellow sand. In this sea are very beautiful little fishes marked with alternative bands of blue and gold.

On the other side of this magnificent sea there is a huge plain which extends all along the shore of the sea. There are about two inhabited houses on the plain and about one uninhabited house. Over this marvellous plain run strange, brown little wild animals. Over this plain fly beautifully and gloriously birds with magnificent gaudy plumage. Over this plain fly butterflies with richly coloured wings. All the birds and butterflies on the plain are very beautifully coloured. Wonderful slotched [sic] of colour.

3 Replies to “About Farksolia, part 1”